Bleeding Audio, the award-winning documentary about punk rock band the Matches, is releasing on Video On Demand this month. After years of anticipation, fans can pre-order Bleeding Audio on iTunes. This documentary captures the essence of the scene back in the early 2000s- the golden days of music if you’re now in your 40s like me. Bands struggled to make it in a transitioning music industry, sweaty summer festivals ruled our lives, and future media creatives (like me) were capturing every drop of sweat falling from the stage as we covered it for our ‘zines, blogspots-turned-URL websites, and even ventured into an emerging medium called Internet TV.

Bleeding Audio is so important because it digs into dreams, determination…and ultimately what happens when you dedicate your life to something and the universe has other plans for you. It features some of the music industry’s most renowned voices, including 311’s Nick Hexum, Blink 182’s Mark Hoppus, and Warped Tour founder Kevin Lyman.

Music is the soundtrack to our lives and the Matches is one band that I’ve played through the stages of my life and has come full circle for me.

The first time I saw the Matches perform was at a tiny venue called The School of Rock in New Jersey. I was dating my future ex-husband and part of a program that trained A&R scouts for a company that signed bands to major labels. I was actually going that night to check out another band, but also super excited to see this band called the Matches everyone talked about. As soon as the Matches took the stage, I totally forgot about the other band I was there to watch. THIS was the band that deserved to be signed to a major label! The songs were infectious and the show was non-stop madness, led by frontman Shawn Harris, who owned the stage.

Sometime later, I was newly married in my 20s and working at The Independent Music Awards as a publicist and also helped book and secure celebrity judges for the program. One year, the Matches submitted for consideration in the music video category and won for “Yankee in a Chip Shop.” That began my personal relationship with the band and their manager.

As things went with my side-hustle career as an indie music publicist (I had my own company called Audio Crush PR), I had the opportunity to work with a band I loved after the music industry chewed them up and spit them out, like a lion that got a taste of what it wanted but then found a bigger game to go in for the kill.

When the Matches self-released the simply titled Album 4, I had the opportunity to do a little PR for them. It was a highlight of my musical career. Do you remember back in the day, getting demos from a band with the album title written in Sharpe marker? I was honored to open that package. I particularly connected with one song, “If Nothing Else.” The lyrics including “If this is perfect as it’s gonna get/You bet you better bet it’s for the best/No one gets us like we get us/We’re such a mess,” reflected on my first year of marriage that was quickly unraveling.

My goals, however, were on fire. My music ‘zine-turned-website was transitioning into an Internet TV show. My all-female team of besties and I had a production company backing us and filming all our adventures. One of which, was a big event we sponsored at a club in New York City, where the Matches were coming to play. I was so excited to be able to film them for our show, but the night was also monumental for another reason: It was the first night I went out without my wedding ring on my finger. My marriage was over and it was time to recognize that and channel all my energy into my dreams. It was weird, scary and exhilarating. And as the band gave me a shout-out before they played my new favorite song, “It’s My Day,” I knew that it indeed was.

As I entered a new phase of my life going solo, so did the members of the Matches. Harris and guitarist Jonathan Devoto both explored solo projects. Harris teamed up with fellow frontman Jake Grigg from the Australian band Something with Numbers and formed a duo called Maniac. Devoto grabbed the mic and began releasing music for Bird by Bird. I helped promote both of their projects, on my Web TV show and my connections as a publicist. A huge win and another highlight of my career was securing Maniac a full-page feature in Alt. Press magazine. This is the Oprah-level indie music Bible to be featured in if you’re a punk rock band. And a bullet point on your resume if you’re a music publicist.

Life eventually led everyone in other directions. Music fizzled out of my life as my friends and I had to face reality and 9-5 jobs that made it harder for us to spend hours editing video footage. I got a job in healthcare PR, where misery slowly sucked the creativity out of me as I wrote pitches about rare diseases instead of rock music. I found a new outlet to indulge in my passions and wrote a book about my divorce called Trash the Dress: Stories of Celebrating Divorce in your 20s. I took my drive for female-empowerment and reporting to another level and interviewed 70 women from around the world who were divorced in their 20s. I had a new community, and a new love. I was dating my now-husband. 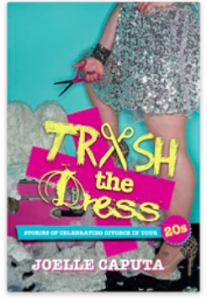 Marriage, motherhood, homeownership, and a few more career moves as a publicist have consumed my life over the past ten years. I wrote a children’s book for my daughter, Princess Genevieve: The Hero With Girl Power and was slowly rolling out a platform to inspire and support dream-chasing girls of all ages and life stages, Hero With Girl Power. 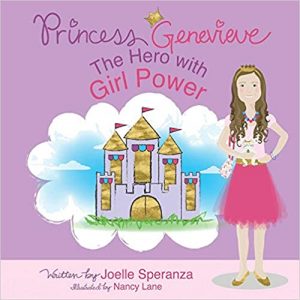 But things came full circle one day, when I was at the library with my kids, who are now five and almost eight-years-old. As we walked through the Children’s section, I spotted a book featured on the shelf that I was very familiar with thanks to social media: Have You Ever Seen a Flower? by Shawn Harris. 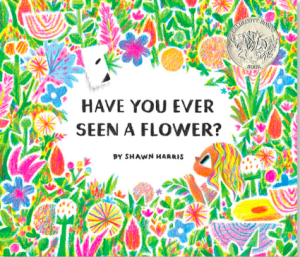 Harris has been a successful children’s book author and illustrator and I’ve been collecting all his books to read with my kids. I checked out the book (then went home and ordered it on Amazon), sat on the couch with my kids and told them mommy used to know the author of this book. After we read it, I dug up some video interviews that collect dust on YouTube and showed them. Completely unimpressed, they probably only commented that I don’t look like mommy there because I was wearing contacts and not my signature mom-life glasses.

I’m not as cool as the YouTubers who film themselves playing Mario on Nintendo Switch or post directed drawings. But I’ve taught my son that he can turn his passion into a career and aspire to be a video game designer and have inspired daughter to write and illustrate books of her own. My own journey of content creation is always in motion and freelance lifestyle writing has filled a void.

I might not have gotten my ‘zine sold on newsstands or my web TV show picked up by a major network. And the Matches might not have received the mainstream acclaim they deserve until this documentary about their past is released, but we all made it.

At the end of the Bleeding Audio trailer, someone says, “There’s no level that means you made it. Any artist that gets to create something that changes anyone’s life has made it.”  And while we might personally have felt at times that our flame has burnt out, we’re sparking future generations. That’s the life of a Match.

Here are some Bird By Bird videos that I edited:

Always chase your dreams. You may not realizing it at the time, but someone is watching or listening to you and you are making an impact on their life. And that is true sucess.

Social: Positive, Happy, Fun, & Inspiring Posts That We All Need

Trying to schedule moments of self-care and "me ti

💛BOOK CRUSH 💛 I've had this book since pre-

So special watching my daughter (and son!) watch h

Being kind to myself today and taking time to cher

Said goodbye to my Lulu today. She is an inspirati

Do you believe in signs? Today in my Facebook mem

Happy #nationalbookloversday. This is a scene fro

Anyone else have a stack of books like this? . . .

Had to capture Lulu cuddled on the dog bed this mo

On this day seven years ago, my @trashthedressbook

Having way too much fun with the Little Miss meme

What dreams are made of.... the Rom-Com section of

💛 BOOK CRUSH 💛 How to Fake it in Hollywood

Look what I got in the mail today!!!!! My pre-orde

Things I talk about